Sayle Gallery could close after funding is slashed 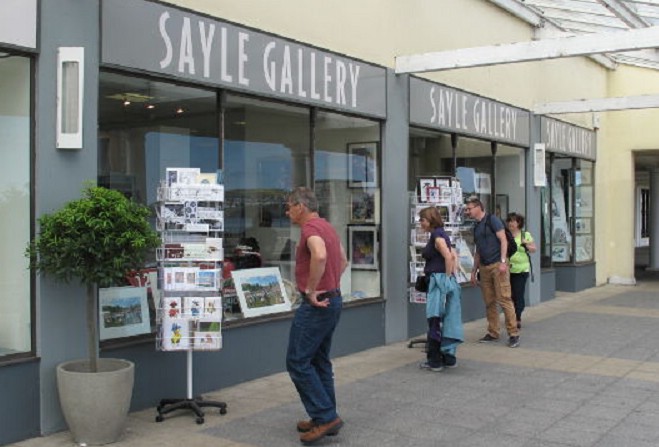 The future of the Sayle Art Gallery on Douglas Promenade could be in jeopardy after it received notification that funding is to be slashed.

The Arts Council is to withdraw almost 70 per cent of its backing from next April.

Chairman of the board of Sayle Gallery, Damian Ciappelli, says it was their understanding there was to be a phased reduction to funding over a number of years - not a sudden withdrawal of such a large amount.

Whilst he recognises Arts Council funding is coming under pressure, it's difficult for the gallery to raise enough money to continue operating without the support.

Chairman of the Arts Council, MLC Geoff Corkish, says while unfortunate, the gallery’s plight is not an isolated one.

But he believes the council cannot justify continued investment.

Mr Ciappelli says the gallery was a product of the current National Arts Strategy which provided for a national contemporary art gallery - a role the Sayle has fulfilled since 2008.

A replacement strategy is being prepared and Mr Ciappelli believes this could be prejudiced as it seems the gallery would be unable to play a part.

The reduction in funding will also lead to the likely loss of the Artist in Residence programme.