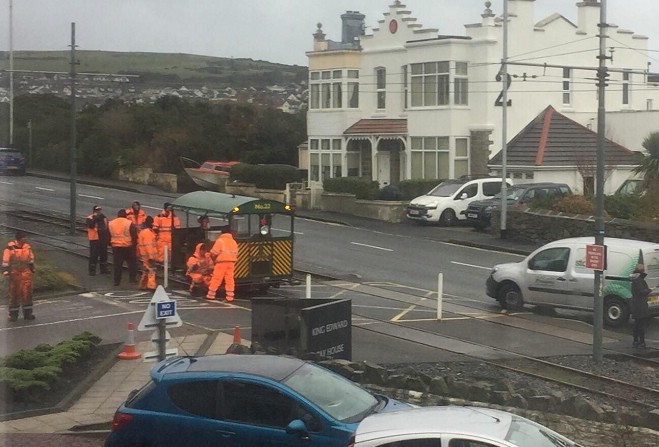 We're hearing reports that a tram has been involved in a collision with a car on King Edward Road in Onchan, outside King Edward Bay House, the offices of Old Mutual International IoM and the Stars Group.

There were no passengers on board - it appears to be a service tram, and eyewitnesses say it could have been en route to the scene of a crash yesterday which occurred further up the road towards Baldrine.

It's thought there were no injuries, and the incident was only minor.

Yesterday, there was an incident in the area of the old holiday camp where a single vehicle left the carriageway and collided with a Manx Electric Railway power line post.

Fire crews had to isolate the power before using hydraulic cutting equipment to get the driver out of the vehicle.

The casualty received treatment from the ambulance service, but is thought to have received only minor injuries.

Crews remained at the scene for a short time to make the vehicle safe for recovery, before the road could be reopened to traffic.