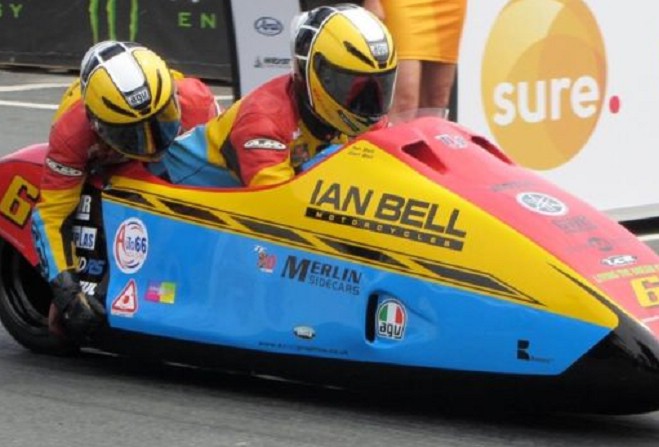 An inquest has heard how veteran sidecar competitor Ian Bell lost his life while following his passion, in a racing accident at this year's TT.

A verdict of misadventure was recorded on 58-year old Mr Bell,  who was killed when his machine collided with a roadside barrier at Ballaspur, just after Ballacraine on 10 June.

His son and passenger at the time Carl Bell was not injured.

The inquest at Douglas courthouse heard the accident happened on the final lap of a three circuit race, when the outfit ran wide of a corner.

Mr Bell, a father of two from Bedlington in Northumberland died from multiple injuries.

An examination of the vehicle showed it was in 'perfect condition' and had no defects which would have contributed to the crash.

Coroner Mr John Needham described Mr Bell as a very experienced sidecar racer who knew his way around the course.

Ian Bell started his racing career in 1970 and made his debut at the Isle of Man TT races in 1995. He claimed a TT victory in 2003 with Neil Carpenter as his passenger, and in 2007 he began racing with his son Carl in the chair.

He is the only competitor to win both the solo and sidecar Championships at the Southern 100.