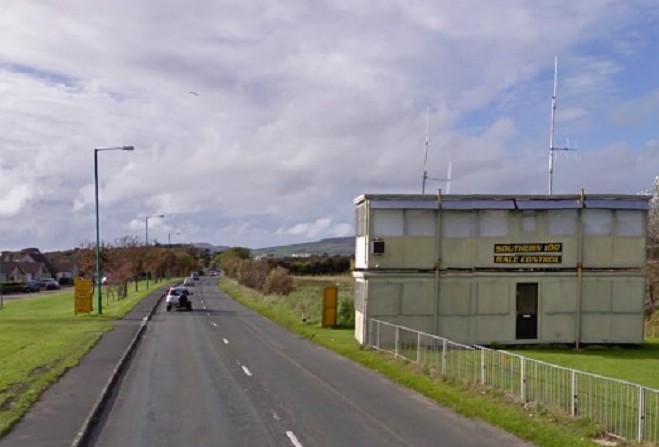 The Southern 100 Motorcycling Club has applied for retrospective planning permission to keep its race control tower on the Billown Circuit.

The tower, made of two temporary buildings on top of one another, had been given planning permission 10 years ago – but the club had allowed it to lapse.

After a complaint was made, it’s now submitted a new application to keep the existing structure on the course’s start line.

The organisation says it’s used three times a year – for the Pre- and Post-TT meetings as well as the Southern 100 itself.

In its application, the Southern 100 Club says it wouldn’t want to build a permanent race control tower because should the racing ever end it would be easier to remove the portable units.

It points out the current cabins are well-maintained and painted to reduce their visual impact on the surrounding countryside.

But it also adds moving the tower could create problems for race controllers who need a good line of sight along the Casltetown bypass.

You can find out more about the application, and have your say on it, on the government’s website gov.im