On Air Night Flight | Midnight - 5:00am
Hot Chocolate - It Started With A Kiss Download 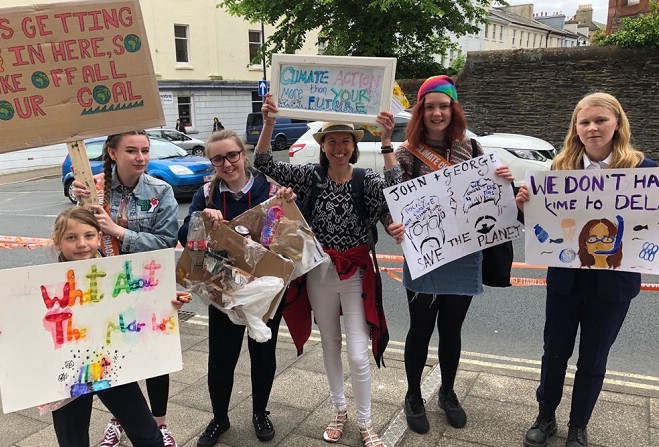 Around 50 involved in strike outside legislative buildings

Made up predominantly of students, around 50 were in attendance as placards and signs were held aloft calling on politicians to take decisive action on the matter.

A series of protests have been organised in numerous countries around the world, inspired by the Swedish schoolgirl activist Greta Thunberg.

More than 20,000 students have held strikes in at least 270 cities worldwide.

Campaigners have also blocked roads, disrupted public transport and glued themselves together during ten days of protests in London to raise awareness of the issue.

Manx resident Philippa Tomlinson travelled to England's capital to participate in the movement set up by the Extinction Rebellion group, becoming one of more than a thousand to be arrested for their involvement.

These students told Manx Radio why they were continuing with their protest: