Successful day on the Mountain Course 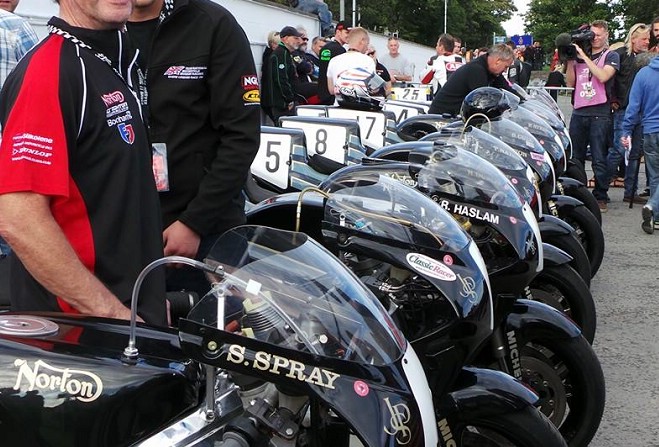 Race, practic and parades all go ahead

After a difficult practice week organisers, fans and riders alike were grateful for a successful first day of racing, qualifying and parades at the Festival of Motorcycling yesterday.

The race, the 500cc Classic TT, was won by Dean Harrison, ahead of Ian Lougher and Lee Johnston.

Some much needed practice and qualifying was managed, too, following the numerous cancellations and curtailments of sessions at the start of the festival.

Meanwhile, thousands positioned around the course throughout the day were treated to two parades of classic and more modern machinery, courtesy of the Vintage Motor Cycle Club and one showcasing Rotary Nortons.

The latter included former stars such as Trevor Nation and current riders like Michael and William Dunlop taking to the Mountain Course on the revolutionary machines.

The Dunlops' father, Robert, had ridden the Nortons at the TT and elsewhere.