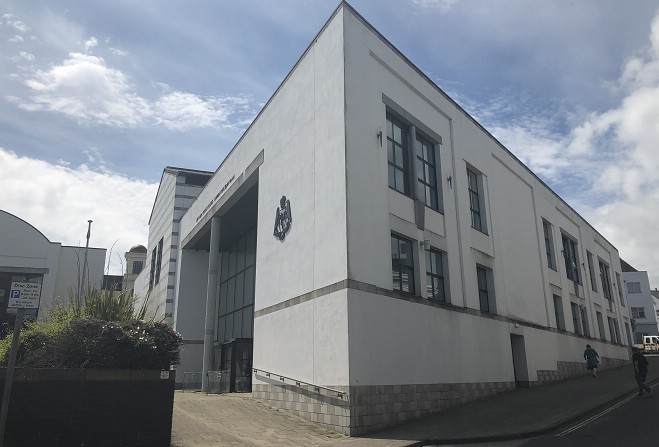 An inquest into the death of a popular Island footballer, who had "multiple and complex mental health difficulties," has recorded a verdict of suicide.

The coroner found that although there "were errors made in [Stephen Glover's] care," there was not evidence of "gross neglect" by the Department of Health and Social Care.

Stephen Michael Glover - a bricklayer - died in May last year at the age of 36.

A consultant forensic psychiatrist found Mr Glover had "a long and well established-history of multiple and complex mental health difficulties," - something the coroner of inquests agreed with.

The inquest heard details of a number of 'social stressors' in his personal life, including periods of unemployment, dependence on drugs, and grief.

Mr Glover had been given psychiatric diagnoses including depression and anxiety, mostly by GPs, but it was highlighted that "no formal diagnosis by a psychiatrist was made," and that "a diagnosis would undoubtedly have helped to guide any treatment."

His first recorded involvement with mental health services in the Isle of Man came in 2015.

The inquest heard Mr Glover had overdosed in the past, but that he had done so through 'overindulgence', expressing regret afterwards.

Coroner of Inquests Jane Hughes said Mr Glover died on 16 May 2019 as a consequence of opiate toxicity, which was due to an overdose of codeine with other drugs.

Mrs Hughes found sufficient evidence to determine that it was a deliberate attempt to end his own life, citing personal message history, financial problems and other factors.

A consultant forensic psychiatrist - who was not directly involved in his care - pointed to a "number of red flags which were not picked up."

Instances were highlighted in Mr Glover's past where different decisions could have been made by healthcare staff, such as admitting him to an acute inpatient facility.

There is also evidence that a call to the Crisis Response Home Treatment Team from a family member in April 2019 was not followed up.

Mr Glover's death was described as 'predictable', but not necessarily 'preventable'.

The Department of Health and Social Care has implemented changes as a result of Mr Glover's case, and the coroner of inquests did not consider it necessary to make any further recommendations.

Stephen was held in high regard in the footballing community, which paid tribute to him when news of his death broke, with a minute's silence held before last year's Hospital Cup final.