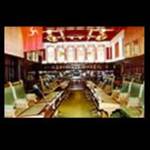 Claims have been rejected that a publicly elected Legislative Council from eight constituencies would create a group of 'Super MHKs'.

Opposing the 8 constituency option, Tony Brown said it would lead to conflict and mayhem and destroy 1000 years of history.

Despite strong opposition the 8 single seat option was approved by 12 votes to 11.