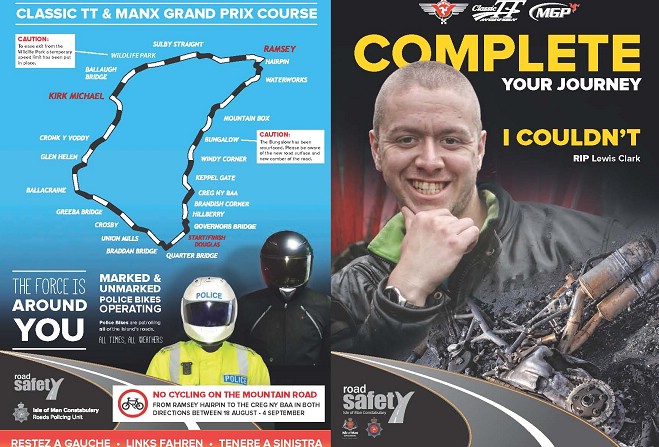 The face of a young motorbike fan who met his end on the Mountain Road is being used to promote responsible riding - exactly two years since his death.

Lewis Clark, from West Yorkshire, was involved in a head-on collision during the 2015 Festival of Motorcycling.

The 22 year-old's smiling face was immortalised on a billboard reminding fans to be sensible at this year's TT Festival.

It's now being re-used as part of the August Festival's road safety drive.

In a shocking video of the crash - released with his family's permission last year -  mother Beverley recalls the moment she lost Lewis:

Road users are being reminded that the Mountain Road will NOT be one way at this year's Festival of Motorcycling, between 18 August and 4 September.