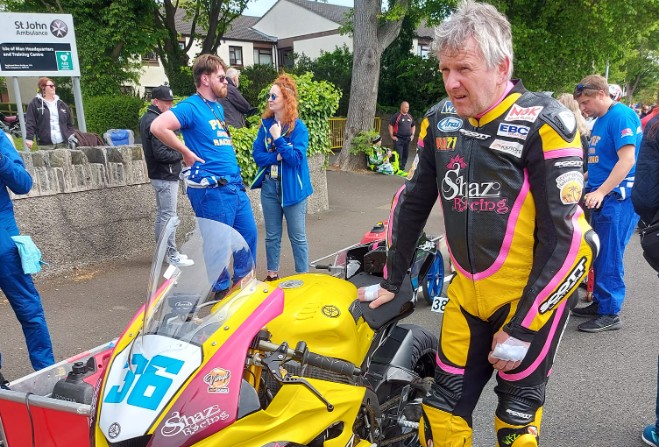 The 52-year-old, from Saintfield in Northern Ireland, was killed in an accident on the third and final lap of the event.

It happened at the 27th Milestone on the mountain section of the course – the race was red flagged shortly after the top three riders had crossed the finish line.

Davy was a highly experienced TT competitor having contested every TT since his debut in the 2002 Production 600cc race – today marked his 80th TT start.

He’d recorded 49 finishes – which included 25 top 20 results – and his previous performances had earned him 14 silver replicas and 30 gold.

His best lap around the TT Mountain Course was at an average speed of 125.134mph which he set in the 2010 Senior TT.

TT organisers have passed on their deepest sympathy to Davy’s partner Trudy, his family, loved ones and friends.

Newcomer Glenn Irwin said Davy was a 'true gentleman who went out of his way on my first night on track to help me out.'

Nathan Harrison said: 'Davy was a TT icon growing up with his distinctive pink helmet and such a nice man joking with me all week as he passed our awning "you young kids are getting too quick for us oldies".