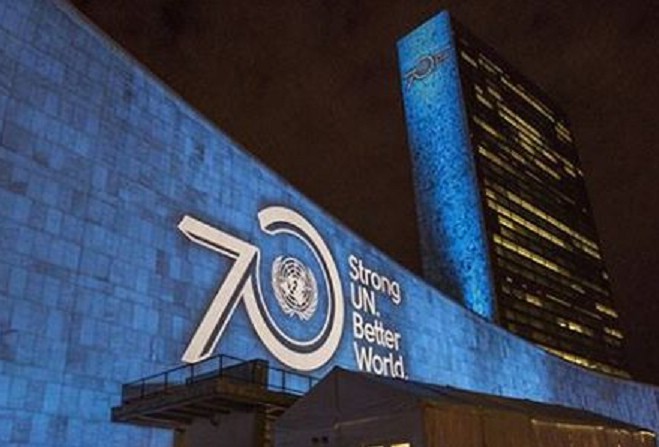 The Lieutenant Governor has used his 2016 UN Day address to applaud what he terms the ‘laudable’ qualities of Island life.

Sir Richard Gozney has been speaking at the Manx Museum this evening, on the international day commemorating 71 years of the global peacekeeping organisation.

Having now been in the post for six months, His Excellency’s lecture touched on some early thoughts and first impressions of Manx society – highlighting three distinct strands he believes give the Island a strong international profile.

His first observation touched on the Island’s sense of ‘community, pride and loyalty’ in business; and the virtues of a parochial workforce in reducing unemployment to levels that would be an ‘unattainable dream’ for other developed nations.

In his view, the balance struck between members' independence, party politics, unity and self-determined conviction makes for a parliamentary ‘maturity’ envied by other small nations.

He too remarked on parliamentary visits, such as a recent one by the Khyber Paktunkhwa delegation of Pakistan, that ‘such international activity is much in the spirit of the United Nations Charter’.

The final part of the lecture focused on the Island’s financial integrity: specifically the recent implementation of strict and transparent accounting rules, many of which are ‘not so instinctive in most parts of the world’.

The Governor concluded by expressing his hope that the new government would continue to educate other jurisdictions on financial best practice, and continue its commitment to foreign aid.

His speech is one of many commemorations taking place today, across the 193 UN member states.