'Urgent action on climate change must be taken now' 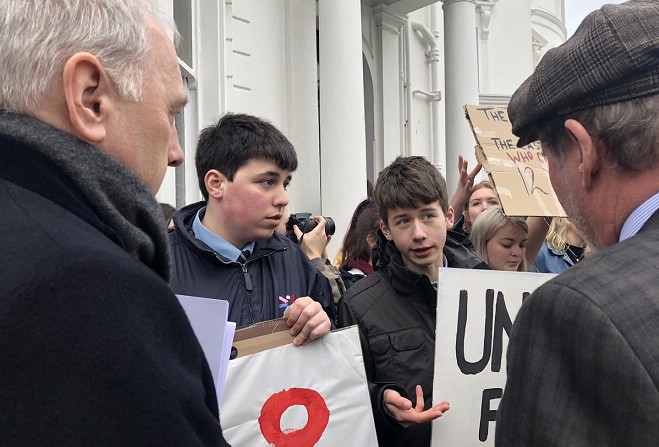 The Island will renew its bid to tackle climate change and will require the views of the public, it has been announced by the environment minister today (19 Mar).

Geoffrey Boot put made a statement in Tynwald this morning acknowledging that 'urgent action' is now needed to address the issue.

It forms part of a what he calls a 'coordinated effort' between his department, Manx Utilities and the department of infrastructure, to encourage the uptake of electric vehicles.

The consultation, which is now live on the government's consultation hub, is 69 questions long and asks whether government should introduce interim targets to monitor the Island's emissions.

Despite the 'far reaching' announcement, Mr Boot came under fire from a number of members across the court for his decision to present the 2020/2030 strategy as a statement, rather than presenting it for debate.

MHK for Douglas North, Ralph Peake, who challenged the minister over his stance to not regularly measure air quality, was particularly critical during this address.

At recent Tynwald briefing, it was revealed that the CO2 levels of the Island had increased by 500% by 1990, while the UK had reduced by 38%.

The minister attributed this to a population rise of 20,000 more people living on the Island.

"What you have to look at is the median level of CO2 per capita," he said "which is a better indication of where we sit."

This prompted a response from the Chief Minister Howard Quayle who claimed the figures, as highlighted by Mr Peake, were 'misleading and unfair'.

It turns out, Mr Quayle did not attend the DEFA briefing.

Speaking to Manx Radio after the debate, the North Douglas MHK said the Chief Minister's suggestion of spin was 'quite incredible.'

"I think the frustration that's felt by members is that Tynwald agreed on this two years ago, it [Climate Change Mitigation Strategy 2016-2020] hasn't been delivered and we're now back at a consultation."

Options in the consultation include measures to improve energy efficiency in buildings, including retrofitting, electrification of the heating and transport sectors and planning for when the Pulrose Power Station is scheduled for decommissioning in 2030.

Such proposals will require investment from government and from the public according to the environment minister.

"In addition to incentives, there will be greater regulations. This carrot and stick approach will require public acceptance.

The announcement comes after 150 Manx students staged a protest outside government buildings last Friday (15 Mar), coinciding with the climate strike in schools worldwide.

"These will include targets for electric vehicles and of course we are looking to the future from 2030 +, for when both of our power stations come offline and there will be a step change of CO2 emissions."