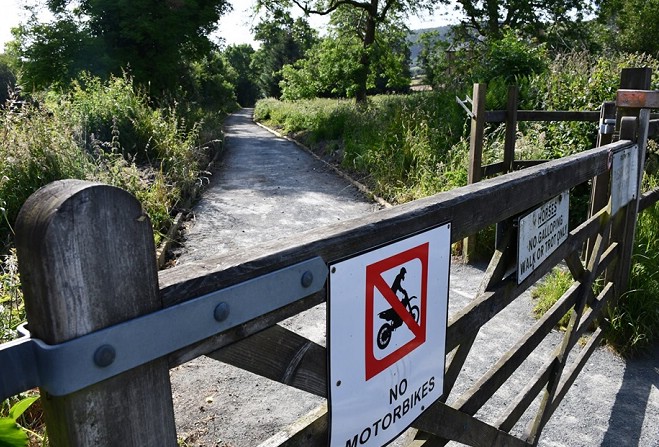 Police appeal for information - but trail open on Tynwald Day

Tools are being used to cut fencing, barriers have been pushed over and materials strewn about.

Anyone who witnesses damage being caused, or knows anything about the incidents, should call police on 631 212.

Meanwhile, the trail will be open for Tynwald Day and available for anyone wishing to walk or cycle to St John's.

The Department of Infrastructure says it will be open from 5.30pm on Thursday, and will remain so for the weekend.

A post on the DoI's Facebook page says work on the trail is currently focused on the sections between St John’s and Glenfaba Bridge, and Ballachurry Lane in Greeba and Crosby.

These sections will close again from 8am on Monday next week.

Normal site working hours are 8am to 5.30pm Monday to Friday, and 8am to 2pm on Saturday.

Apart from this weekend, the route is accessible to the public outside these hours only.

The project is being done by NK Construction and the Department of Infrastructure is asking people to respect the highway closures, and staff while they are working on the trail.