Victims of plane crash to be remembered 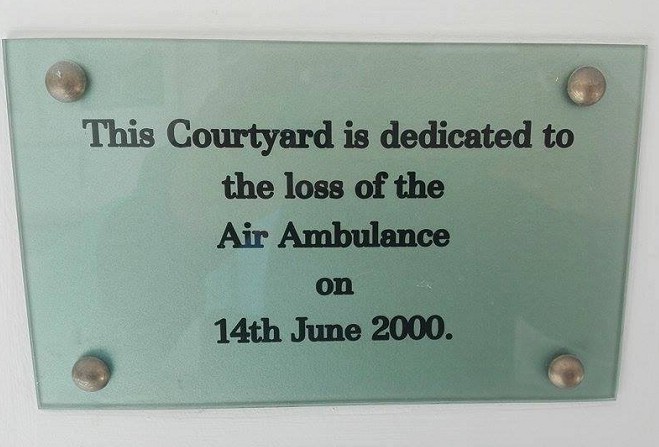 The current plaque at Noble's Hospital

Sixteen years after an air ambulance crash claimed the lives of five people on a flight between the Isle of Man and Liverpool, a plaque bearing victims' names is to be created.

Until now, the tragedy in June 2000 has been marked with a memorial at Noble's hospital which simply says 'in memory of the air ambulance'.

Now, after the son of one of those who died slammed the plaque as 'disgraceful', the health minister has agreed to commission a new one.

A plane carrying Lynn and Stephen Charlton, student nurse Hannah Hollinshead and staff nurse Karen Cowan was en route to a UK hospital when it crashed in the river Mersey, on 14 June 2000.

All four lost their lives along with pilot Keith Whyham.

As the 16th anniversary of the tragedy approaches, the Department of Health has promised to replace the plaque in line with relatives' wishes.

The moves comes after the Charltons' son Jonathan hit out at the way authorities have treated the families, and an intervention by MLC David Cretney.

In a Facebook post, Mr Charlton says the families feel badly let down by the Manx government and MHKs who promised to help - and have been prevented from taking legal action over their loss.

Mr Charlton claims the government won't accept responsibility for the air ambulance flight - leaving the grieving family with an £8000 bill to bring his parents home.