'We must rally together to stop environmental collapse' 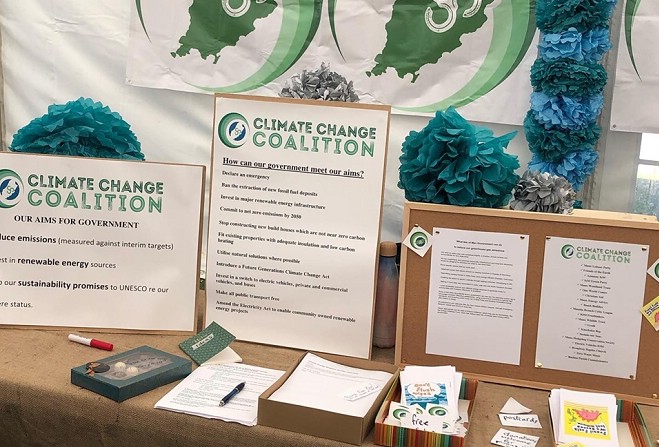 An environmental lobby has issued a rallying call to the Manx public, urging them to respond to government's climate consultation and 'to not let this moment slip away'.

With the 17 May deadline just over a week away and responses still being sought to the online survey, the Climate Change Coalition has now set out six demands.

In a statement, the group says the government must declare an emergency in response to the threat of the 'climate crisis.'

It must also ban the extraction of fossil fuels, adding that Manx lands and waters must be protected from exploitation.

Along with demanding investment in major renewable energy infrastructure and committing to net zero emissions by 2050, the coalition wants to see the introduction of a Future Generations Climate Change Act.

This, it says, will provide a guarantee that successive administrations will be legally bound to principles of sustainability.

In addition, it has called for the amendment of the Electricity Act to allow community-owned energy projects.

The Climate Change Coalition, which has added the Manx Wildlife Trust and more recently Beach Buddies to its ranks, say its increase in membership is due to the climate crisis now being seen as a mainstream issue.