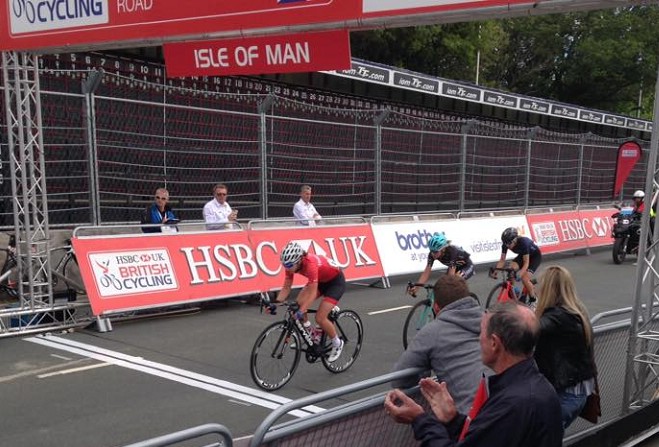 The women's road race last year, when the championships were held in the Isle of Man

Twelve of the Island's top cyclists will be competing at the British National Road Championships in Northumberland over the next few days.

Trek Drops team mates Anna Christian and Lizzie Holden are up first, as they tackle the women's time trial, which starts at 11am.

This afternoon, Matt Bostock is in the under-23 men's time trial, which starts at 1.45pm.

Sunday sees Christian and Holden line up in the 66-mile women's road race, which starts at 8.45am.

Draper and Mazzone are both still eligible for the under-23 category in the race, too.