All Saints set for Junior Cup 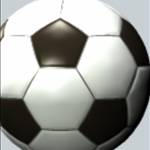 The Ascot Hotel Junior Cup final will be an All-Saints day.

A Michael McHale penalty late in extra-time fired St George's to a 4-3 victory over Ramsey at Glencrutchery Road.

It was hard not to feel sympathy for Ramsey as both sides played their part in an exciting cup tie.

But it was the Geordies who triumphed, despite playing for more than 75 minutes with 10 men and finishing the contest with nine.

A fourth minute goal from Matty Skillicorn gave Ramsey an early lead but Kane Ridings produced an equally impressive shot to level for St George’s midway through the first half.

The third superb goal of the game arrived through Matty Kelly around the half hour mark as the northerners regained the lead.

The task facing the home side grew minutes later when their goalkeeper Chris Kelly was dismissed for pushing an opponent.

St George’s came out fired up early in the second half and levelled through Freddie Ward before Skillicorn put Ramsey in front yet again with his second.

The experienced Robin Bates drew the home side level once more to force extra-time and, despite being reduced to nine men with the dismissal of Andy Bass in the closing stages, McHale had the final word.

The all-Combination Two battle went the way of an experienced St John’s side as they won 4-2 at western rivals Marown.

Mark Wolfenden fired the visitors in front but Ricky Lovett equalised to ensured the sides went in level at the break.

However, St John’s took charge in the second period with further goals from Wolfenden, Nick Ford and Brett Kitching sealing a 4-2 success in a match played at Douglas Road.

Shaun Doyle netted the other goal for Marown.