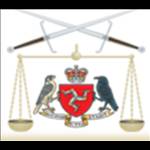 Champions Bacchas A strengthened their grip on the men’s Division One hockey title on Saturday.

They overcame the challenge of Ramsey A 6-3, helped by a Richard Le Page hat-trick and further goals from Glen Bloxham Mundy, Jamie Cox and Andy Whiting.

And with nearest rivals Valkyrs A going down to Vikings A in the surprise of men’s Division One, Bacchas now have a four point advantage at the top of the table.

Paul Kelly was the hat-trick hero with Simon Foster getting the other as Vikings celebrated a memorable 4-3 success and moved level on points with Valkyrs.

Saracens moved above Vikings B after defeating them 3-1 with goals from Johnny Killey, John Halligan and Steve Cottier – Adam Braidwood was the Vikings scorer.

In the remaining game, Tom Wilson netted twice with Danny Shuttleworth and Andy Whiting also on target as a young Bacchas B defeated Castletown A 4-2.

Jamie Stewart was one of the Town scorers.

In women’s Division One, Harlequins produced the shock of the day, defeating high-flying Phoenix.

Goals from Fiona Sellars and Ally Hurd (two) secured Quins’ first points of the season in a 3-2 success - all this after they trailed 2-1 at the break.

Ruth Smith and Jane Ryder found the net for Phoenix.

Vikings A maintained their two point lead at the top with a 4-0 win against Valkyrs A – Jan Carney, Karen Faragher, Voirrey Holmes and Kirsty Hunt the scorers.

Champions Bacchas A remain on their heels after an 11-0 thrashing of bottom club Valkyrs B.

And Ramsey A moved above Phoenix into third place after a 1-1 draw with Castletown.

Katie Tinkler was on target for Town with Jo Quine netting for Ramsey.