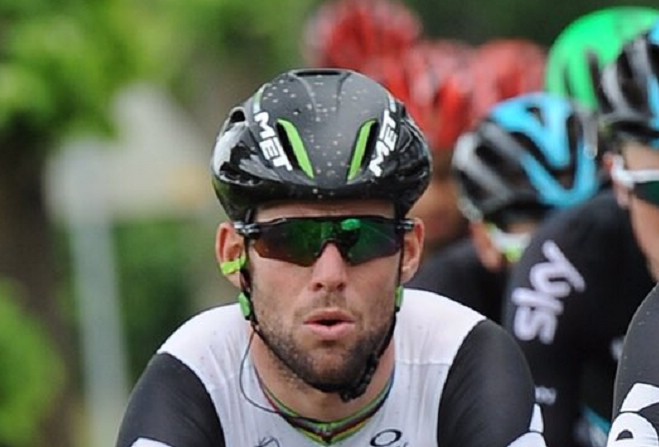 Collides with bollard and comes off bike

The 32-year-old Manxman hit a bollard as he tried to go around it and was thrown from his bike head first.

Team Dimension Data tweeted to say he was being assessed by a medical team following the incident.

An update has been issued by his team this evening - it says he has avoided major injury.

He's fractured another rib (to go with the one he did at the Tirreno-Adriatico), may have injured an ankle (further tests on that are required), and has suffered cuts and abrasions.

It's already Cavendish's third crash of the season.

Meanwhile, Ben Swift finished in 44th place, in a group which came home 32 seconds behind the winner, Vincenzo Nibali.

Ian Stannard was 127th, more than nine and a half minutes back, while Sam Brand was 136th, a further two minutes behind that.