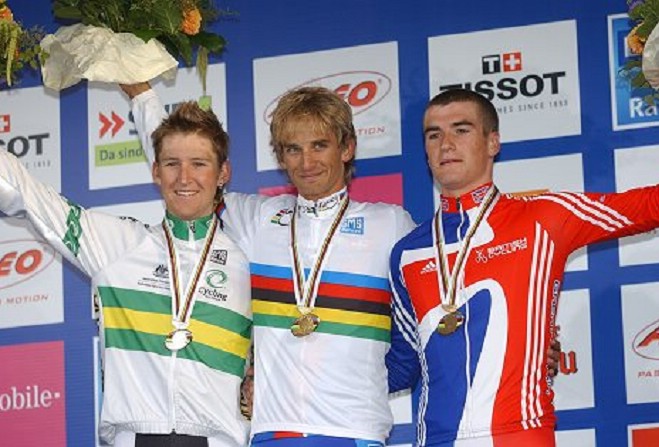 Bellis was a product of the British Olympic Academy and has represented Great Britain on the track and the road.

A year later he won gold at the Europeans again - in the Under-23 Points and Scratch races.

And he became Britain's first medalist at the Under-23 World Road Championship when he finished third in the road race.

Jonny then rode in the road race at the 2008 Olympic Games in Beijing.

On 19th September 2009, he crashed on a motor scooter near the GB training base in Italy and was in a critical condition.

After many scares and being told he wouldn't walk again, Jonny returned to competition just a year after the crash to compete in the Tour of Britain.

He has represented the Isle of Man at the Island and Commonwealth Games.

The 27 year-old has ridden for the likes of the CSC-Saxo Bank team and last season rode for the inaugural ONE Pro Cycling team.