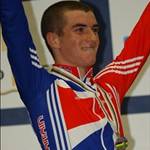 Young Manx cyclist Johnny Bellis had an excellent day at the Tour of Britain.

Riding for the Great Britain team he finished in seventh position, which places him 39th overall and tenth in the points competition.

T-Mobile's Mark Cavendish was 24th today, moving him down to 42nd overall and seventh in the points competition.

Tomorrow's stage runs from Liverpool to Kendal and the tour concludes in Glasgow on Saturday.

Today cyclists were forced to stop racing and ride behind a safety car after organisers failed to close the roads to traffic.

The race was neutralised for 24 miles after a dispute between the organisers and North Yorkshire County Council.