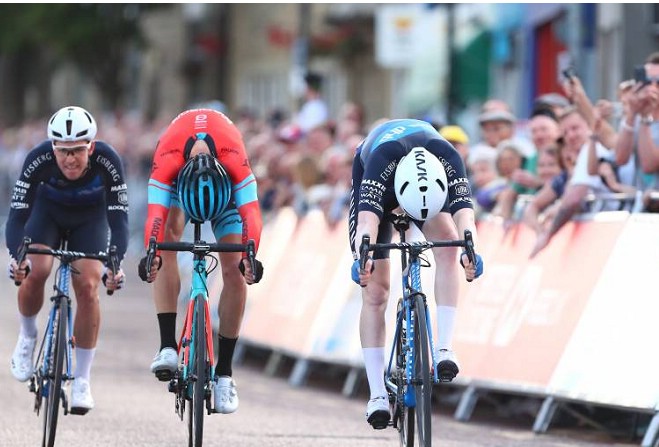 Manx cyclist Matthew Bostock made it four wins from four in the HSBC UK National Circuit Series with a commanding birthday victory yesterday.

He was the best of the bunch in the sprint to the finish line in Colne, Lancashire, and will now have the chance to wrap up an overall series win on Friday.

The Canyon DHB p/b Bloor Homes rider continued is magnificent form to see off the competition of Jon Mould (Madison Genesis) and teammate Oliver Wood, who were second and third respectively.

It made for a memorable way for him to celebrate turning 22 years old.

Bostock's latest triumph adds to previous wins in Otley, Abergavenny and Newcastle, as well as the silver medal he picked up in the men's under-23 road race at the British National Championships.

Barnsley is the setting for the penultimate stage of the National Circuit Series as it heads to South Yorkshire in two days, before a Sheffield finale in a week's time.