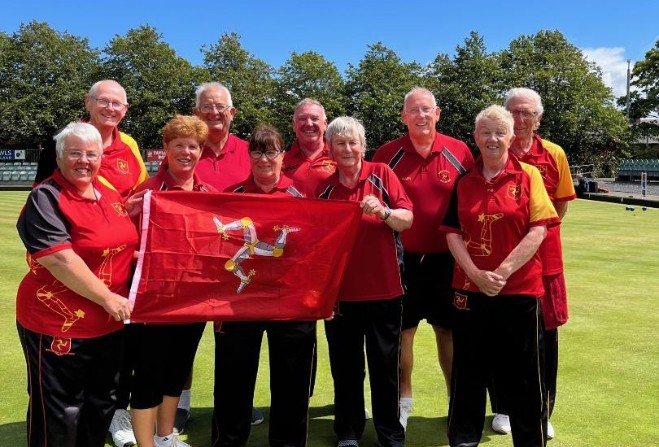 Manx side place 11th out of 17 nations

The IOM Bowls Squad has returned with strong performances under their belts after competing at the European Bowls Championships.

Five members of the Manx squad made their international debut at the week- long event in Scotland, during which 17 nations competed in all disciplines.

Stand-out performances during the championships were seen in the Men's Pairs duo of Clive McGreal & Gary Lenton who defeated the much fancied pair from Wales.

In the Ladies Triples, Dee Lewis, Pam Makin & Karen Slack scored a remarkable draw with England and 2 further victories, just missing out on a semi-final spot.

And in the Men's Singles, Clive McGreal won 4 of his 7 matches including victory over the Guernsey Champion selected for the forthcoming Commonwealth Games, Todd Pridaux.

The IOM finished 11th from the 17 nations competing.

More information can be found on the Lawn Bowls Isle of Man Facebook page.