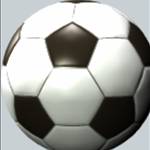 Will Smith and Jack Murphy scored second half goals as Braddan pushed Colby out of the promotion places on Saturday and moved themselves up to sixth in JCK Division Two.

Their 2-1 win ensured the southerners dropped to third, despite a goal from Jack Snidal.

Ramsey Youth Centre took advantage to move into second with an impressive 4–1 home win over Foxdale.

Steven Grose, Mark Faragher, Glenn McGovern and Mark McClurg grabbed the goals with Youth Centre producing a dominant first half showing to lead 3-0 at the break.

A Michael Cawte penalty was the only bright spot for Foxdale.

Ronaldsway are up to eighth as their fine form continued.

Jamie Heeney, Jordan Edge and Martin Whitehouse scored the goals as the Rockets were 3–2 winners against Pulrose.