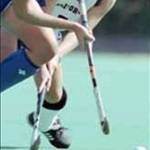 The race for promotion in CFS Division Two took a twist on Saturday.

Runaway leaders Colby continued their march towards the title with a 3-0 win at Marown, the side who pushed them so hard in the GH Corlett Woods Cup semi-final, courtesy of a Josh Kelly double and Michael Baker goal.

However, Braddan produced a fine showing to hold third placed Michael to a 3-3 draw, while second placed Pulrose defeated Ronaldsway 7-0.

Nick Hurt, Paul Corlett and Peter Lewis were the Michael scorers with Wil Smith, Nick Ford and Michael Wheeler all on target for Braddan.

Meanwhile, doubles from David Skillen and Jay Wood, plus one each from Michael Dawson, Craig Cowin and Jamie Devereau, secured all three points for a dominant Pulrose.

Michael have two games in hand of Pulrose, although now trail them by three points.

Alex Crawley’s fast becoming a prolific striker and was the hero yet again as Castletown produced one of their best results of a fine season.

He hit a hat-trick as Town thrashed the Police 5-0 on their own pitch.

He was joined on the scoresheet by Steven Wade and there was also an own goal as Town consolidated fourth spot with an emphatic second half display after leading 1-0 at the break.

Douglas and District produced one of the results of the season in the division with a 3-2 win at Malew.

A double from regular marksman James McIlhagga and a goal from David Bradford sealed the points for D& D with Tom Maxwell and John Kelly the Malew scorers.