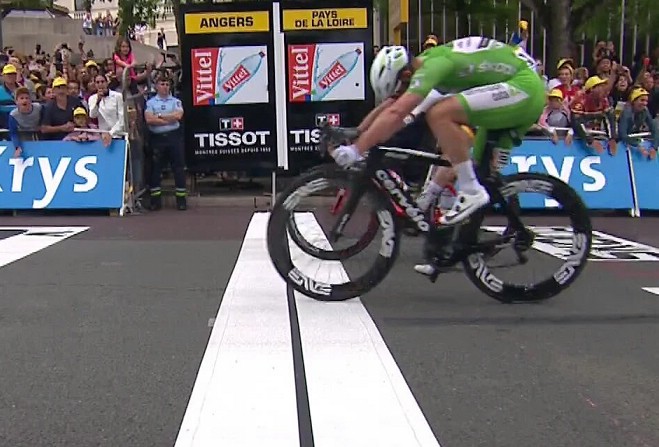 Mark Cavendish has won his second Tour de France stage in two days, by the narrowest of margins.

He edged his great sprint rival Andre Greipel on the line at the end of stage three in Angers, timing his lunge for the line just a split second after the German's to snatch victory from him.

Greipel in fact punched the air just after crossing the line, thinking he had won.

There were a few minutes of uncertainty following the finish, before Cav was confirmed as the winner.

The Manxman is now level with Bernard Hinault on the list of all-time Tour de France stage victories with 28.

Only the great Eddy Merckx has more, with 34.