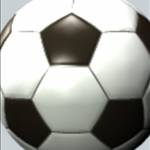 Mark Cavendish no longer holds the green jersey at the Tour De France.

Norwegian Thor Hushovd, his main rival in the points competition, gained 12 points on stage eight of the Tour de France on Saturday.

And that allowed him to leapfrog the Manxman and open up an 11 point lead as Cavendish finished 113th overall on the tough mountain stage from Andorre-la-Vieille to Saint-Girons.

The stage was won by Spain's Luis-Leon Sanchez.

There’s an even tougher mountain stage on Sunday before a rest day on Monday.