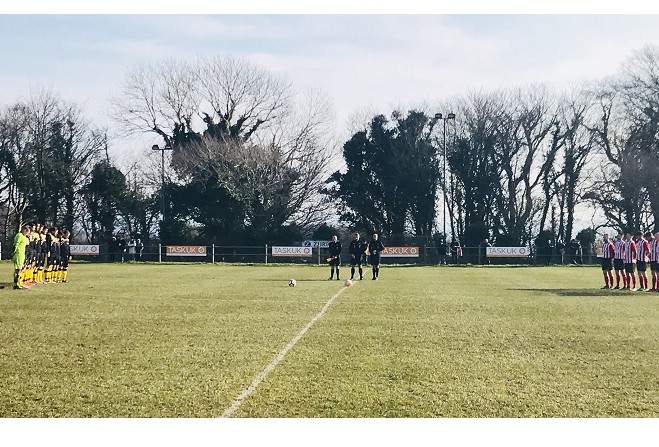 On the day they remembered their former chairman David Saunders, St George’s showed yet again why they are Manx football’s class act.

The reigning champions defeated arch rivals Peel 3-1 at Glencrutchery Road to leapfrog the westerners in the Canada Life Premier League and ensure they remain in the title race driving seat.

The Geordies made the breakthrough when a Ciaran McNulty cross was turned past his own goalkeeper and Chris Bass then pounced to grab the important second goal just before the break after a McNulty header hit the bar.

The game was made safe when a cheeky flick from Johnny Myers set McNulty on his way and he set up Bass for the clincher.

Lee Gale pulled one back for the westerners with his 200th goal for the club but they were second best to the champions.

Corinthians remain out in front at the summit after a fine 1-0 success at Old Boys.

A superb Stephen Whitley free-kick midway through the second half settled a hard-fought encounter to earn what could be a vital win.

Old Boys hit the woodwork twice late on but were unable to breach the visitors’ rearguard.

Two goals in each half fired Rushen to a 4-0 success at battling Braddan.

Josh Kelly was the main man with a hat-trick and was joined on the scoresheet by Craig Murphy.

Ramsey produced the result of the day to give their survival hopes a welcome boost.

The northerners, with Dominic Parrish (two) and Dorrin Tater their scorers, secured a surprise 3-2 triumph at Douglas Athletic, whose goals were scored by Martin Cowan and Lewis Daley.