Congleton Town the next test awaiting FC Isle of Man 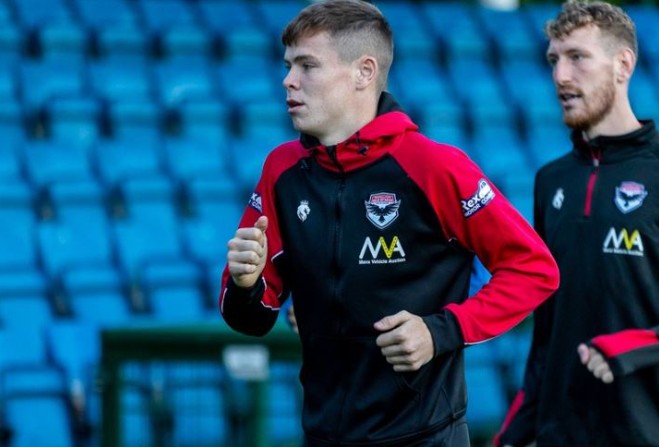 Ravens will hope to build on hard-fought midweek win

FC Isle of Man will be hoping to build on victory earlier this week when they're on the road again to face Congleton Town this weekend.

Facing their third away fixture on the bounce, the Ravens travel to The Cleric Stadium on Saturday (27 August) with three wins from their opening five games of the new NWCFL Premier Division season.

The Manx side's most recent outing saw them earn a hard-fought 1-0 victory away to Padiham on Tuesday night (23 August).

Jack McVey scored his second goal in as many games as his well-taken second-half penalty proved the difference in Lancashire.

Meanwhile, Congleton Town will themselves be hoping to build on an impressive midweek victory during what has been an intense August schedule for 'The Bears'.

Whilst their last league outing on 13 August saw them suffer a narrow 2-1 defeat away at Bury AFC, the Cheshire side produced an impressive 4-1 win away against Bootle on Tuesday evening in an FA Cup Preliminary Round Replay.

Congleton Town vs FC Isle of Man takes place at The Cleric Stadium on Saturday, 27 August, with kick-off scheduled for 3pm.

FC Isle of Man have now confirmed their away tie against West Didsbury & Chorlton in the NWCFL Premier Division next month has been rescheduled.

The clash at the Step Places Stadium which was pencilled in for Tuesday, 6 September has now been moved to Tuesday, 11 October.

This is due to West Didsbury & Chorlton participating the FA Cup a few days earlier than the previous date and a potential replay of the tie could affect the schedule.