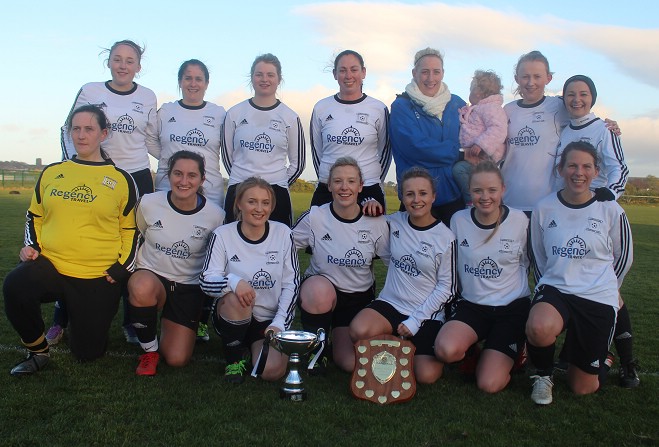 Sixth championship for Ballafletcher side

Corinthians are the Regency Travel Women's League champions for a record sixth time.

They thrashed Old Boys 9-1 at Ballafletcher last night to claim the title, doing most of the damage in the first period to lead 8-0 at half time.

Isle of Man FA vice-president and Corinthians stalwart Tony Mepham gave a quick speech before the medals were presented by the IOMFA’s Paul Turner.

The trophy was presented to Corinthians captain Anna Dillon and vice-captain Shelley Simpson, the former winning it for a record ninth time.

Corinthians pursuit for silverware has been phenomenal in recent years.

All but one of the titles were won this decade.