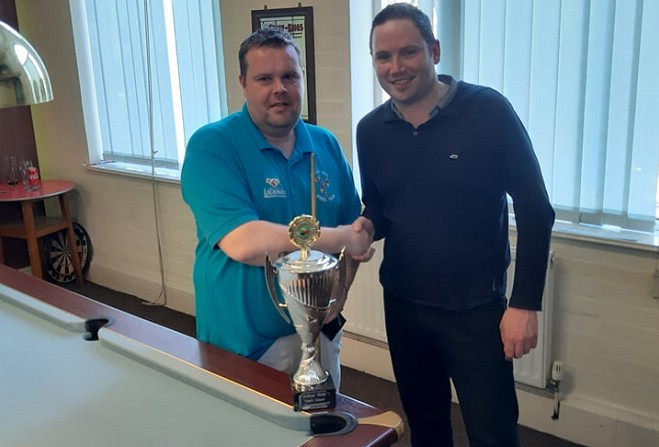 The Island's only professional lived up to expectations as most people's pre-tournament favourite, working his way through a 55-strong field to defeat Cameron Davies two sets to one in the final.

Addinall's route to the quarter finals was relatively straight forward, winning with frame scores of 5-1, 5-1, and 6-1 in the first three rounds.

Meanwhile, Davies progressed to the last eight relatively untroubled too, with a bye in round one followed by 5-1 and 6-2 wins.

That win means the 36-year-old is now a four-time Island champion, and is also the inaugural winner of the Arthur Firth trophy, which was so-named as a tribute following the passing of a cuesports great earlier this year.