On Air Night Flight | Midnight - 5:00am
Gerry And The Pacemakers - Don't Let The Sun Catch You Download

Day three of competition in Aland 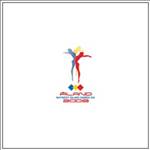 It's the third day of competition at the 13th NatWest Island Games in Aland, and the Manx squad will be hoping to build on yesterday's successes.

It was a particularly good day for the swimmers, with 15 year-old Grant Halsall striking gold in the 50 metres backstroke and breaking the junior British record in the process.

Olivia Rawlinson also won a gold medal, in the 200 metres freestyle, as well as silver in the 400 metres indivdual medley.

The medal tally for the Isle of Man at the end of day two was four golds, six silvers and five bronze.