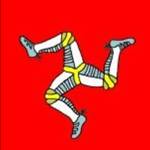 The Isle of Man will send its largest ever Commonwealth Games squad to Delhi in October.

A team of 31 competitors and 14 officials have been named by the Commonwealth Games Association of the Isle of Man.

A Manx squad of archers is included for the first time alongside badminton, boxing, cycling, gymnastics, shooting and swimming.

The team in full is:-