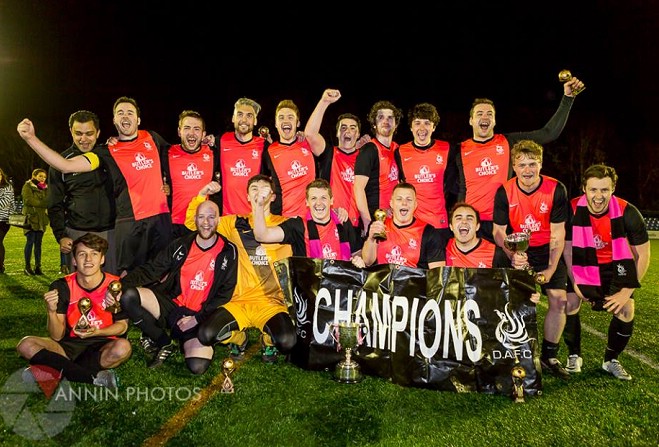 Douglas Athletic have secured a second-tier double, after winning the GH Corlett Woods Cup at the Bowl on Friday evening.

For the second season in a row, they defeated Colby in the final, and again needed extra time to do so.

The sides had been level at the break, but prolific striker Mark Wolfenden headed in a corner in the second half to break the deadlock.

Marty Moore drew Colby level with a strike from inside the box.

Neither side was able to add to its total before the final whistle, and it was beginning to look like extra time wouldn't be able to separate them, either.

Then, as the prospect of penalties loomed large, Lee Ford popped up to score the winner for Douglas Athletic right at the death.