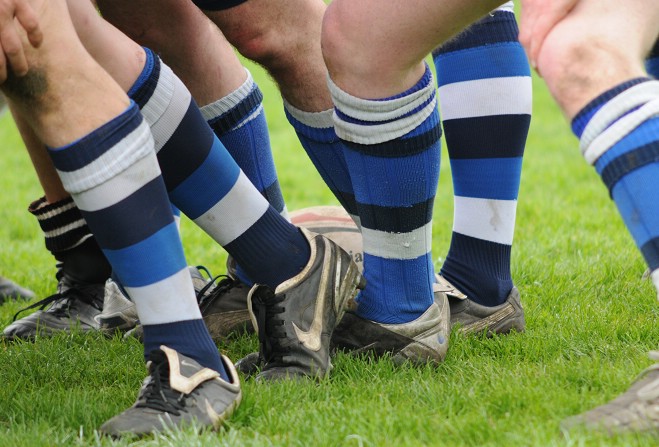 Douglas showed no mercy to complete a superb rugby season on Saturday.

It completed a double after their promotion to North 1 West next season.

Simon Hodinott was named man of the match in the romp at Port-e-Chee.

It was much closer in the Shimmin Wilson Manx Bowl final where western celebrations began the afternoon.

Two penalties from Furo Davies saw the southerners open up a 6-0 lead at the interval.

But in the second half Vikings’ substitute Curtis Phillips made an instant impression with a strong run on the wing which ultimately led to Danny McElroy crossing over.

A Ryan Burke penalty gave Vikings an 8-6 advantage and skipper Ed Alderson then crossed for the second try of the game, which Burke converted, to make it 15-6.

Nomads rallied and pulled a try back which Davies converted.

But wth the clock ticking down, Alex Gibson ripped the ball from a maul, and ran round the outside of the defence to score in the corner.

It sent the westerners into raptures and disappointment for Nomads, beaten finalists for the third year in a row.