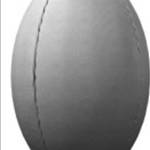 A 25-14 home win against Southport keeps Douglas in contention at the top of the South Lancashire/Cheshire Division Two table.

First half tries from Will Latta, Callum Carine and Ryan Maddox, two of which were converted by Bryn Snellgrove, gave Douglas a 19-7 half-time cushion.

In the second half, Southport edged back into the game but two penalties from Snellgrove killed off the comeback and sealed the Douglas win.

Vagabonds slipped up at Ballafletcher and went down 22-19 to Sefton who recorded back to back wins in the Isle of Man.

Tom Gascoyne added a third Vagas try in the second half before bowing out with a serious knee injury.

Sefton hit back and took the lead leaving Vagas with just a losing bonus point for their efforts.

An under strength Ramsey side went down fighting at Oswestry.

However, Oswestry took charge in the second half and, despite a penalty from Cummins, Ramsey were unable to stem the tide.