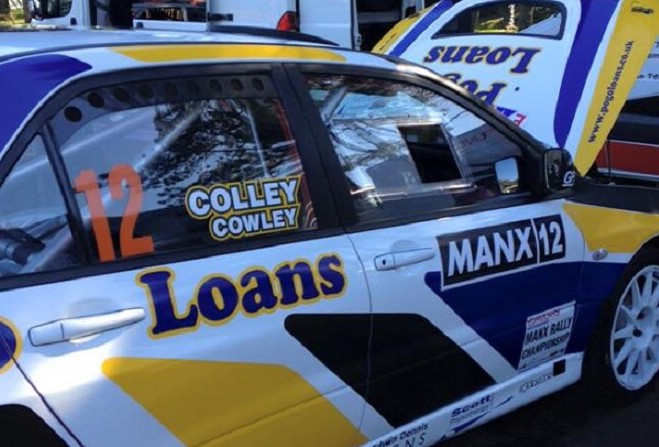 Steve Colley and Andrew Cowley fulfilled a lifetime dream by taking victory on Rally Isle of Man after three days of Island-wide action. The Mitubishi Evo IX pair assumed the lead on SS3 on Thursday night after early leader Ron Schumann from Germany crashed his Evo VII out of the event at Cornaa. That left Colley to battle it out with father and daughter team Nigel and Jade Cannell in a similar Evo IX, with each striking problems at different times, including Colley having to fly replacement parts into the Island on Friday. Cannell set out for Saturday’s final six stages with a 63-second deficit, but his early charge came to an abrupt standstill when he punctured mid-way through the opening run on Druidale, leaving Colley to arrive on Glencrutchery Road mid-afternoon to thrill the crowds as victor by one minute 47.6 seconds. Towcester driver Rob Smith and Alun Cook (Ford Escort RS1800) claimed a superb overall podium finish, also making it back-to-back winners of the historic section of the event, Rallee Classicagh.