On Air Alex in The Afternoon Alex Brindley | 3:00pm - 5:30pm
Colbie Caillat - Fallin' For You Download 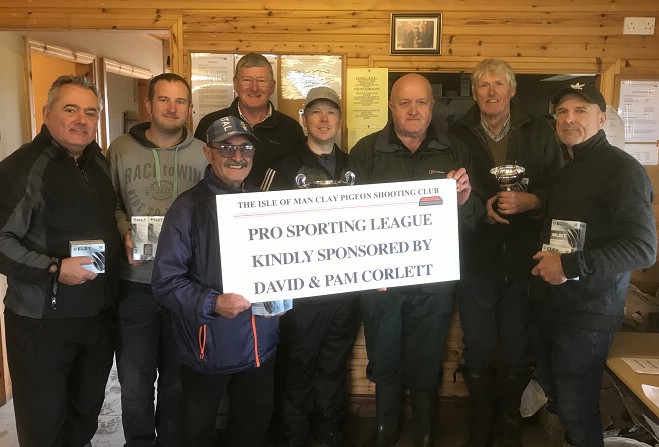 Cowley is victor in last Pro Sporting one

The seventh and final round of the SMP Partners Sporting League was held at Meary Veg Santon in very mixed weather conditions yesterday, making the targets difficult to shoot.

Dave Corlett led for the first four stands, but Giulio Fabrizio topped the standings after the fifth and final one to take the high gun.

He finished on 36 points, while Corlett ended up tied for second place with George Davies and Juan Cowley, who all finished on 33.

The B class winner was Brian Faragher, with Peter Fabrizio second and Arthur Hayes third .

In the afternoon the last round of the Dave and Pam Corlett Pro Sporting was held, which included two new cups for highgun and handicap.

C class was won comfortably by Will Rand, with his dad, Steven, finishing some distance behind in second.

In B class, Arthur Stepka was third on nine, with Peter Fabrizio taking second place with 25 points and Brian Faragher winning by virtue of the 32 points he scored.

Juan Cowley took the A class by a point from Dave Clague, winning the Dave and Pam Corlett high gun cup in the process.

Dave Corlett and Paul Mihailovits tied for third, a further two points back.

Next up, this coming weekend, is the Isle of Man All-Round Championship, sponsored by Sadler Agricultural Supplies.