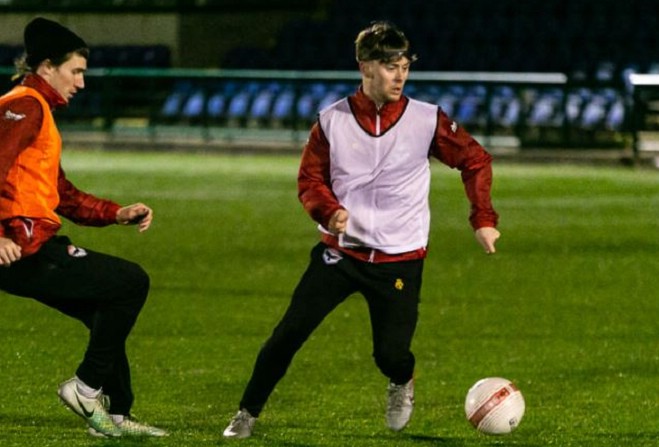 A pivotal test awaits FC Isle of Man this weekend when they lock horns with play-off rivals Cheadle Town at The Bowl this Saturday (22 January).

The Ravens will go into tomorrow's battle having won all three of their games in 2022 so far, including a 3-0 victory on Manx soil against Ellesmere Rangers last time out (15 January).

The Island side sit fourth in the NWCFL Div 1 South table on 54 points and remain within those play-off positions.

A win for FC Isle of Man could lift them up to third in the standings if other results also go their way.

However, the Ravens come up against a Cheadle Town side who also remain within touching distance of the play-off places.

They sit sixth in the table currently on 47 points, just four points behind fifth place Wythenshawe Amateurs who currently occupy the final play-off spot in the division.

The last time the two teams met saw FC IoM slip to a narrow 2-1 defeat against Cheadle Town at the Park Road Stadium on 27 October, 2021.

The Manchester-based club go into this weekend undefeated in their last eight games - winning three of those and drawing five.

FC Isle of Man vs Cheadle Town will take place at The Bowl this Saturday (22 January), kicking off at 6.30pm.

Manx Radio will be providing full live match commentary of the clash on our AM1368 and Digital platforms.