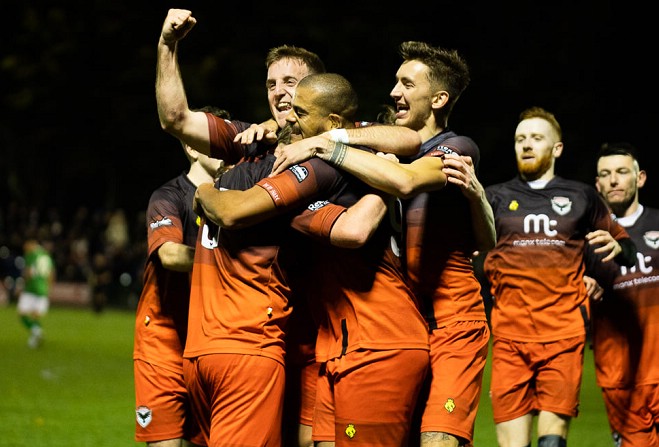 Ravens came from behind to beat Brocton

After a run of 16 away games The Ravens played their first league encounter on Manx soil on Saturday evening against Brocton.

The Bowl was silenced on six minutes, however, when the visitors took the lead through Ben Haddaway after the Manx team failed to clear their lines from a corner.

Finishing the first half 1-0 down, FC IoM bounced back on 60 minutes when captain Jack McVey powered home a header from a corner high past the Brocton goalkeeper.

With the scores tied, the Island side then took the lead on 70 minutes when Luke Murray's effort from outside the area deflected off a Brocton defender and cannoned in off the post.

Around 1,600 fans were then on their feet at full time as the home team saw out the remainder of the game to seal a 2-1 victory.

Speaking afterwards, Manager Chris Bass analysed his team's performance and their possible hopes for the rest of the season: