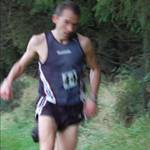 Douglas are back on track in South Lancashire/Cheshire Division Two.

After their first defeat of the season last weekend, they bounced back with a 49-15 bonus point victory over Wallasey.

In a match played at Ballafletcher, Douglas led 18-10 at the break, thanks to tries from Neil Killey and Callum Carine, along with two penalties and a conversion from Bryn Snellgrove.

They further extended that in the second period and there was no doubting the star of the show.

Carine ran over for a further three tries and there was also one from Nick Horsthuis, plus two more conversions from Snellgrove.

A weakened Ramsey side were thrashed 73-0 at Dukinfield as their improved form came to an end.

Vagabonds were well beaten as they went down 36-7 at Liverpool Collegiate.

It was a point apiece in Women’s North One as Vagabonds drew 5-5 at Preston Grasshoppers.

Southern Nomads are back on top in the Shimmin Wilson Manx Shield.

The reigning champions were 43-15 winners over previous leaders Douglas B, in a match switched to Castle Rushen High School because of the weather.

Vagabonds B started what they hope will be a climb up the table with a 41-0 success over Emerging Nomads.