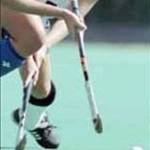 Castletown based rider Jonathan Rea had a dismal time at the World Superbike round at Magny-Cours in France on Sunday.

The Castrol Honda rider qualified on pole position for the two races but crashed out of the opening race and had a problem with his bike in the second, failing to clock up any points.

Both races were won by Spain's Carlos Checa (Ducati) - a former team mate of Rea’s - who clinched the world championship by winning the first race.