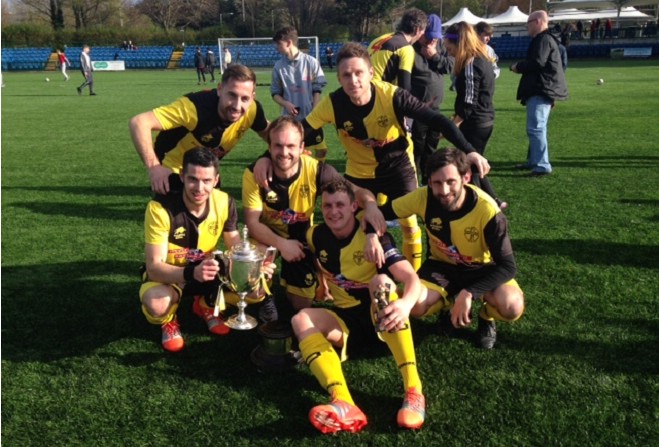 St. George's staged a dramatic late show to beat Peel and lift the FA Cup after extra-time against a battling Peel side at The Bowl.

A wonder strike from a free-kick by Furo Davies after just three minutes put Geordies ahead before a Kerron Christian header drew the westerners level.

It stayed 1-1 until Christian scored again to put Peel in front during the first period of extra-time.

But St. George's had the last laugh and broke Peel hearts.

Manager Chris Bass was exhausted but happy at the final whistle:-