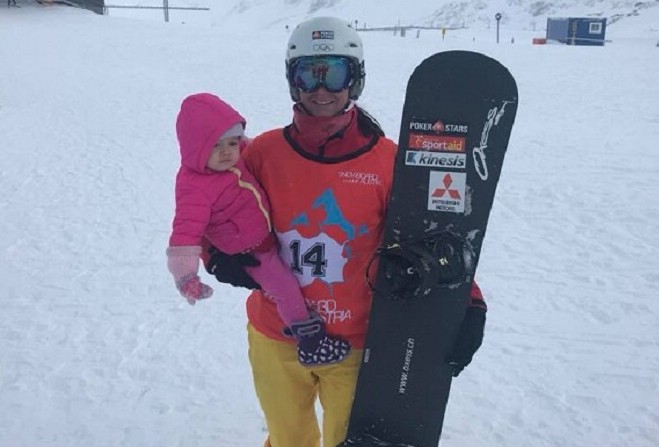 Zoe Gillings-Brier with her daughter, Lea

Manx snowboarder Zoe Gillings-Brier has been confirmed in Team GB's squad for the Winter Olympics in South Korea next month.

The seven-time World Cup medalist is one of a record 25 British ski and snowboard athletes competing across four disciplines - she will once again line up in snowboard cross.

It will be her fourth Games in a row, and the first since she became a mother in 2016.

Zoe says she's delighted with what is a record-breaking achievement personally: