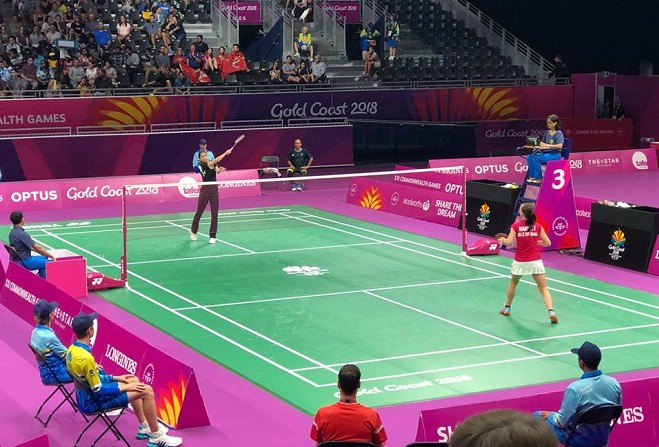 Kim Clague and Cristen Marritt are out of the Badminton Women's doubles despite a fighting performance against a pairing from Sri Lanka.

Kim was also in singles action but lost out to number three seed Michelle Li of Canada 7-21, 7-21.

But Manx player Jessica Li is through to the last sixteen after beating her opponent from Zambia 21-9, 21-13.

Ben Li has been knocked out of the men's singles by world number six Chong Wei Lee of Malaysia 6-21, 3-21.

Ben and Jessica combined in the mixed doubles and put up a brave fight against Emmanuel Donkor and Stella Amasah of Ghana but lost 17-21, 18-21.

Cristen Marritt spoke about both of her games today:-