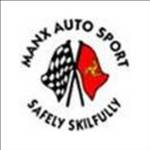 Organisers of the Manx Auto Sport Stages Rally admit there isn't much time to get everything in place for the event at the end of next month, but there is great support for it to go ahead.

On Wednesday it was announced that the rally had been given the green light to use the dates vacated by the cancelled Manx International.

Hoteliers, the Steam Packet and government departments are helping as much as possible after a number of enquiries from competitors, disappointed to hear the original rally had been called off.

Chairman of Manx Auto Sport Limited Mark Ellison is confident his team will have everything ready within the remaining six weeks: