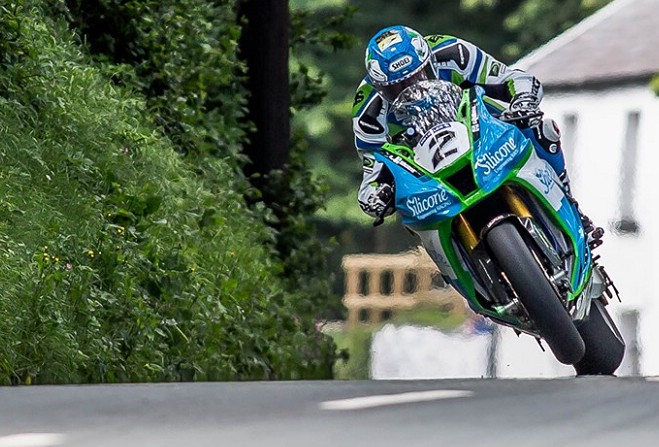 Dean Harrison recovered after trailing by more than 17 seconds on lap four to win the 2019 Dunlop Senior TT for the first time.

A water issue with Peter Hickman's Smiths Racing BMW saw the 32-year-old squander a comfortable lead as he eventually had to settle for a second place finish.

The win means Silicone Engineering rider Harrison adds to Lightweight and Supersport victories at the TT to take his tally to three wins in total.

In the opening four laps, it looked as if Hickman was on track to repeat his achievement of 12 months ago when he won the race for the first time in his career.

He led by just over two seconds after the opening lap, posting an average speed of more than 134mph as he aimed to build on the hat-trick of wins he'd completed already in TT 2019.

Hickman had extended the lead considerably with two laps of the race remaining, however, his bike seemed to slow significantly after the second pit stop.

That allowed Harrison to claw back time on his rival, maintaining his speed to surpass the man who pipped him to the Senior TT last year.

The difficulties with his bike were commented on by Hickman before the start of the blue riband event.

Work undertaken in scrutineering meant Hickman was prevented from riding the Superstock machine he was aboard in those previous victories this week.

But Harrison's Kawasaki had no such problems as he powered his way to a maiden win in the Senior and a first win of TT 2019.

Cummins rounded off the top three on the Milenco by Padgett's Honda, as the Ramsey man held off competition from Michael Dunlop and James Hillier who finished fourth and fifth respectively.

The podium finishers spoke to Chris Boyde after the race: