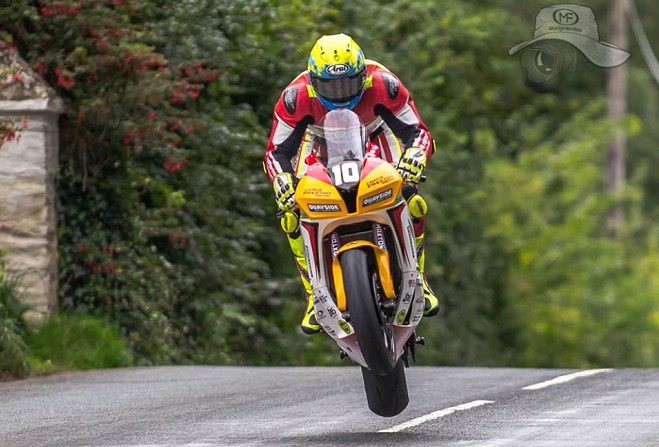 There was a local victory in the Junior Manx Grand Prix this afternoon, as Nathan Harrison took the chequered flag.

The 21-year-old from Onchan finished ahead of Stephen Smith and Andy Farrell, although he was made to sweat for it.

He was given a 30-second penalty for speeding in the pits, but managed to claw the time back and overhaul Smith at the Bungalow on the final lap.

Harrison finished just shy of four seconds ahead of the Liverpudlian, with Irishman Farrell about 4.5 seconds further back.

The race was shortened to three laps, after a series of delays from this morning meant the action didn't under way until 2.30pm.

James Hind set the early pace and clocked a new Junior MGP lap record of 121.773mph from a standing start.

He retired at the start of lap two, though, handing the lead to Harrison.

Highlights from the race can be heard below: