Hickman starts with a win as Superbike red-flagged 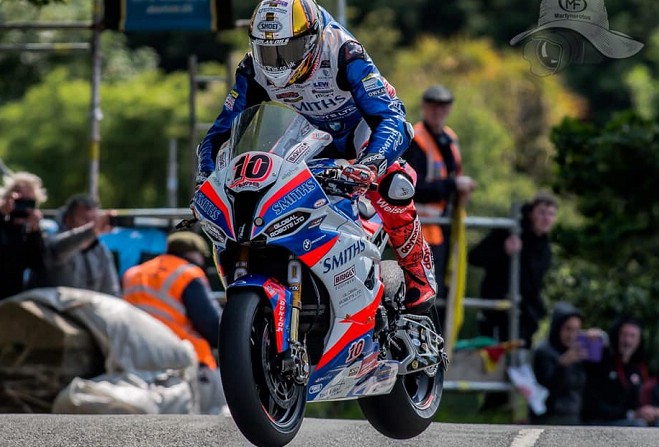 Peter Hickman claimed the first win of TT 2019, reigniting his on-course rivalry with Dean Harrison in the RST Superbike Race, with the contest eventually ending after being red-flagged.

The Smiths Racing BMW man once again had to claw back time on Harrison, who led in the early stages, but Hicky's speed increased as the scheduled four-lap race unfolded.

A red-flag incident at Snugborough on lap three halted proceedings, as the frontrunners were separated by just 0.69 seconds at Glen Helen.

After a delay of around half-an-hour, Clerk of the Course Gary Thompson declared a race result after lap two.

It meant Hickman was declared the winner, his third victory around the Mountain Course, with Bradford rider Harrison second and Manxman Conor Cummins - who was quickest in Sunday's qualifying session - rounding off the top three.

But the story of the first race of the 2019 festival brought back memories of Hickman and Harrison's epic battle during the Senior race 12 months ago.

The pair were involved in one of the greatest contests of recent history, with Hickman going on to become the fastest road racer on the planet as he took the chequered flag.

And it looks as if this year the duo are determined to push each other to the limits once again, with fine margins the difference between the two at Glen Helen when the race was halted.