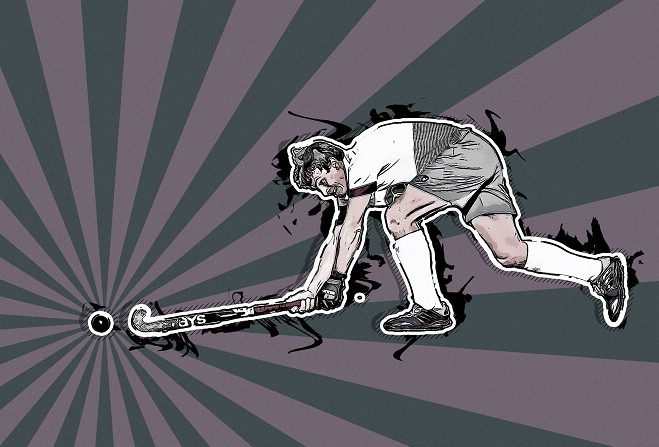 Castletown B take on Baccas B in women's Div 1

14:00 Ramsey B vs Cherry Godfrey Castletown B @ NSC

First up is Valkyrs B versus Bacchas Colts with the westerners going into the game clear favourites in the Rossborough Men's Division One. However, with no under 16 games this weekend Bacchas Colts have more players not often available to them this season and could well be strengthened by a core of up and coming players from their youth teams. Against the strength and far superior experience of Valkyrs B it may not be enough but they will certainly provide Valkyrs with some questions that need to be answered.

Next up we see Vikings C take on Castletown A with the southerners the favourites here. Vikings C may be able to call on some under 18 players from the B team and some youngsters from the Under 16 but with a couple of injuries last week they may be vulnerable despite running Castletown's first team close the last time the two teams met which ended 3-2 to Castletown. The penultimate game of the day sees Ramsey B take on Castletown B at the NSC. Ramsey have often struggled for players this year but are going into the Christmas period with some form. Castletown B ran the top four sides close before the split and have plenty of pace going forward which may prove to be the advantage against a core of well experienced but slightly less mobile players Ramsey B could be exposed.

The final game in this division sees Harlequins B take on Bacchas C. Bacchas C the most experienced side in Manx Hockey but Harlequins blend of youthful exuberance and experienced old hands should win the day for the Quin's.

In the Rossborough Women's Division One, Bacchas C take on Vikings C at the National Sports Centre in Douglas with Bacchas C having an indifferent season and Vikings C continuing to punch a little above their level with some fantastic young players on paper at least, Vikings look to be the favourites. However, Bacchas can on their day punish the even the best this league has to offer and will go into the game excited by the prospect of defeating their local rivals.

Ramsey B take on Valkyrs C in the next match of the day and despite Ramsey B sitting bottom of the league they do have the ability to beat teams above them. Valkyrs meanwhile started the season brilliantly with some big scalps of both Bacchas B and Vikings B and although still in contention for the league title race they have tailed off over the past few weeks but will continue to be favourites in this match in their efforts to close the gap at the top of the table.

Finally, Castletown B take on Bacchas B in what could be a serious banana skin for Bacchas B with Castletown B looking solid defensively Bacchas B will need to be at their best to take home both points on offer and keep pace with Vikings B at the top of the table.